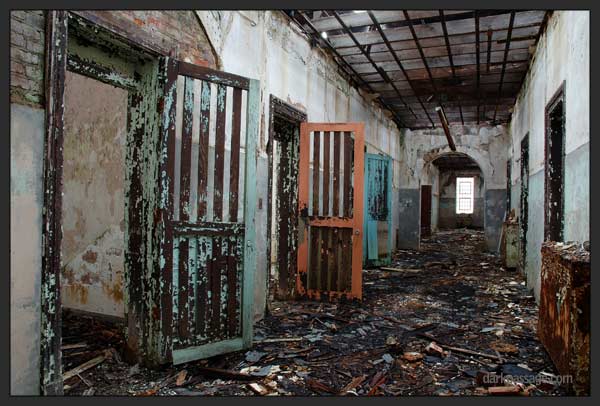 Above, the upper floor of a mental hospital building as seen in December 2006. Below are the same three doors in December 2007 (top) and December 2008. The green door took a hit; otherwise there are surprisingly few changes, even though this area no longer has a roof.

If it’s still possible to return in December 2009, it will have been a good year. 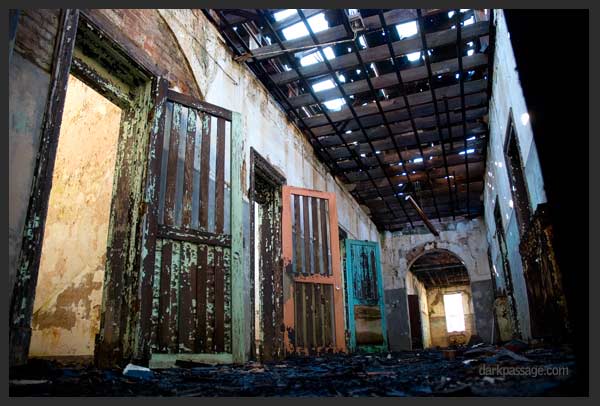 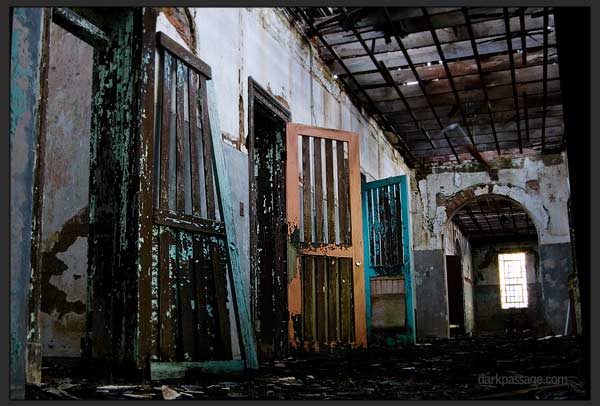