The National in Detroit 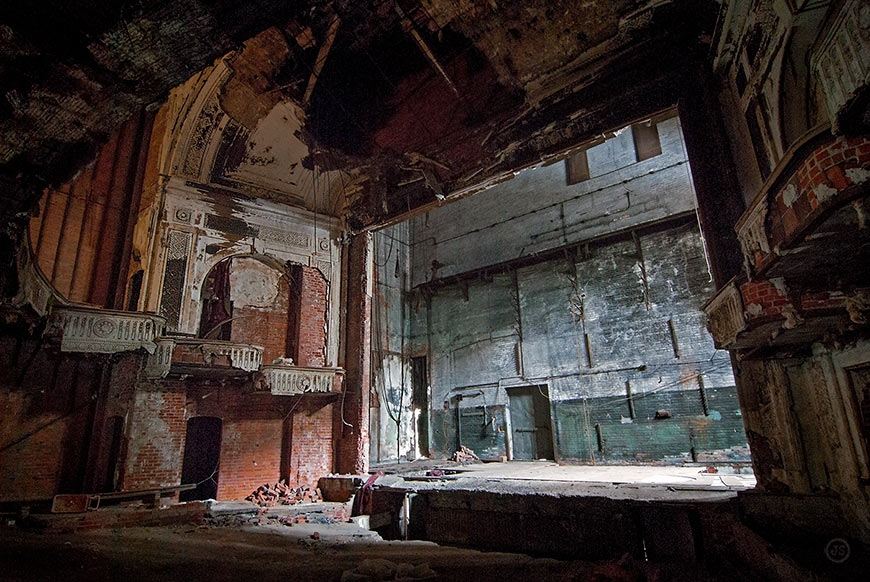 It’s the Moorish details that make this theater particularly lovely. Built by Albert Kahn in 1911 and closed in 1975, it’s the only one of his theaters still standing and the only one left in Detroit’s old entertainment district around Monroe Street – but not for long. Current plans are to preserve just the facade and tear down the rest to make room for inevitable new development, a move that Preservation Detroit considers to show a distinct lack of imagination. There are lots of great details left inside and hey, maybe we could have a few years of tours before that carcass comes down? Here are some (old!) photos of the inside and a few of the facade, including remnants of the old ticket booth. 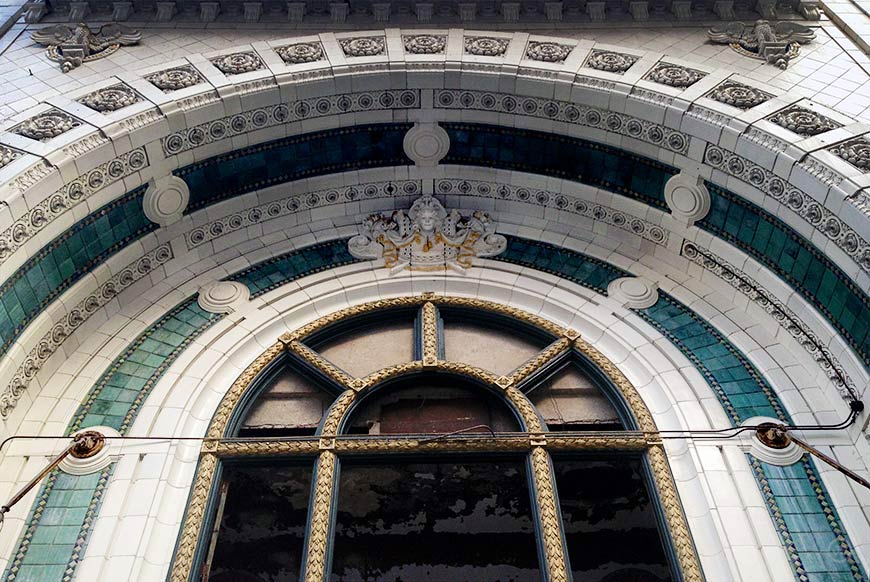 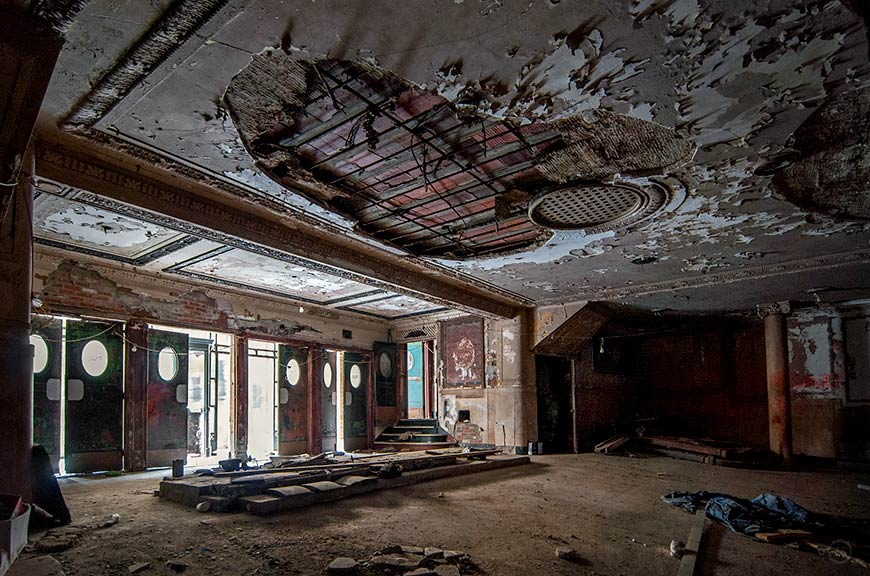 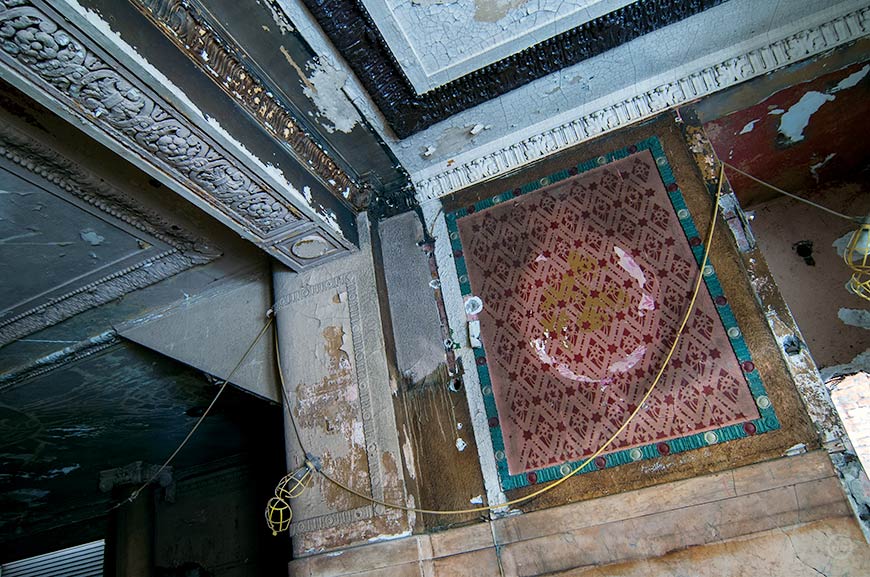 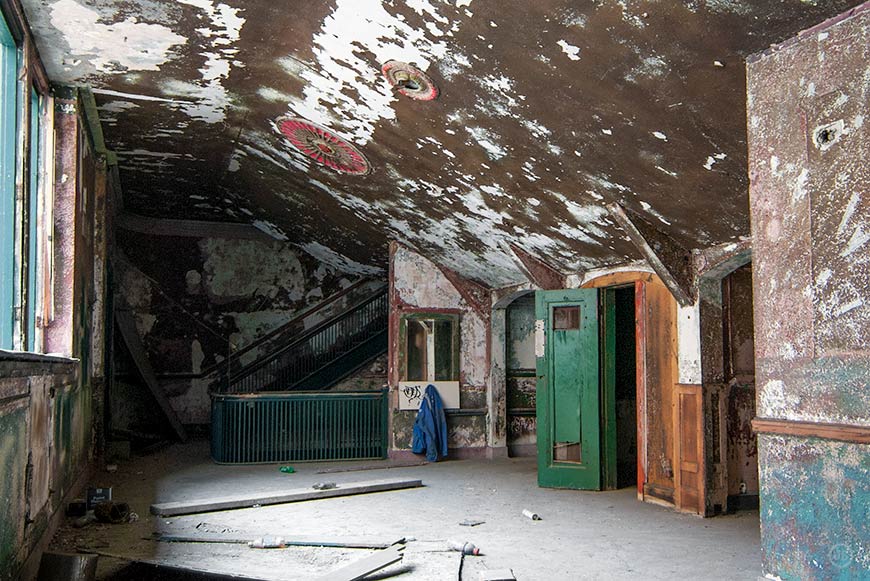 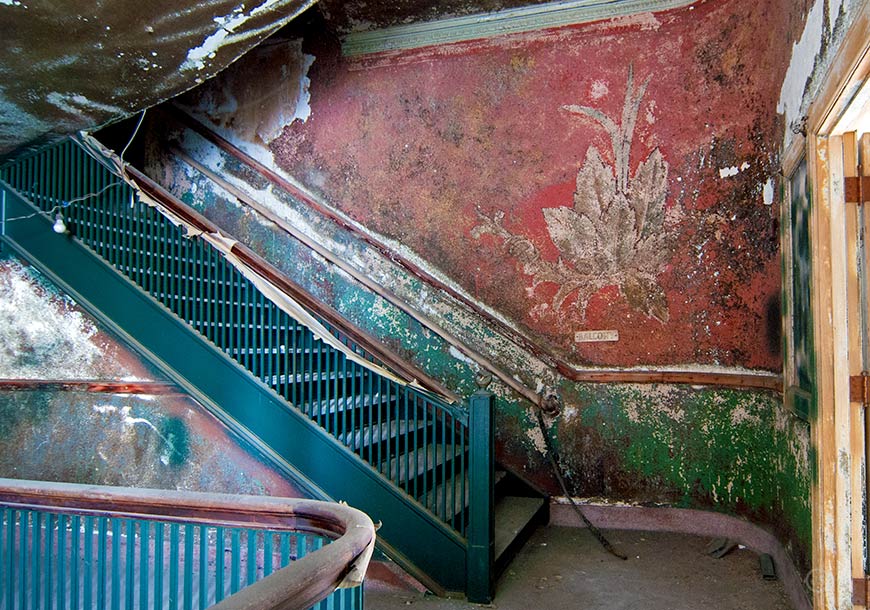 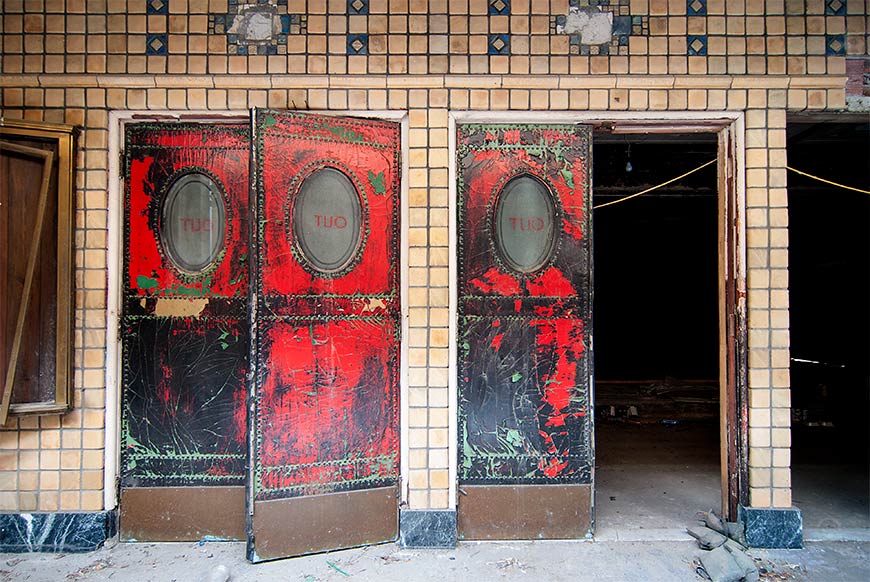 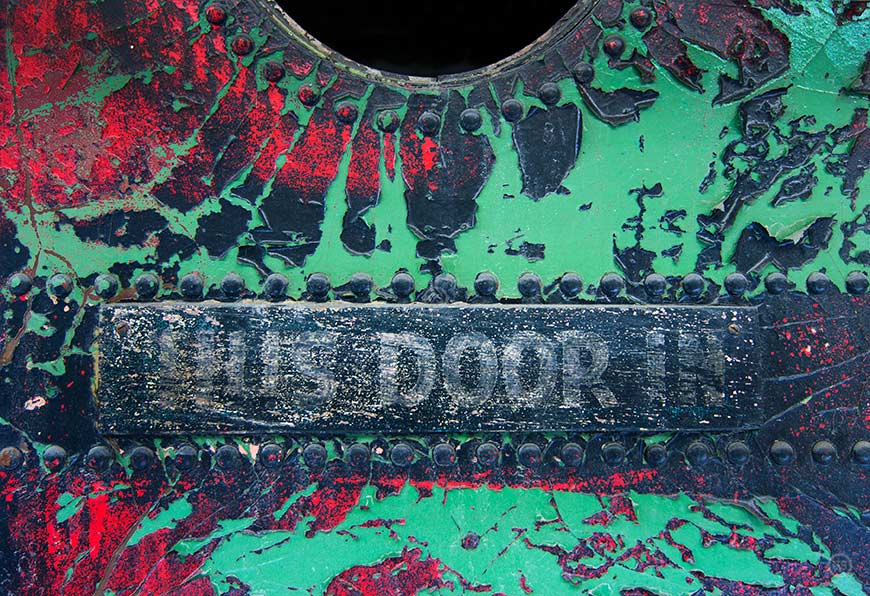