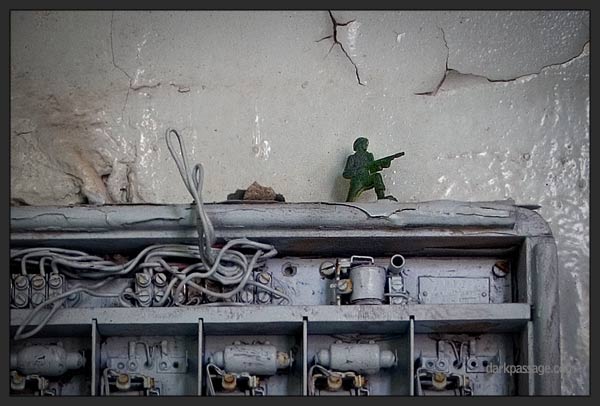 In this formerly communist-run hospital, a soldier guards a dilapidated fuse box. It’s unclear whose side he’s on; maybe he’s just trying to protect himself from falling paint chips. In the meantime, a power outlet has been conquered further down the hall. 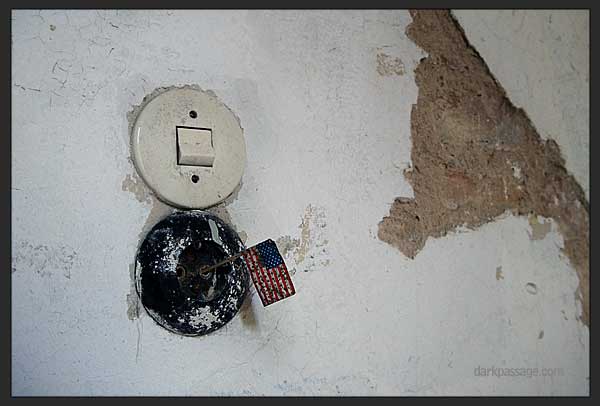 But an even more subtle infiltration can be seen in the outer territories of the soldier’s post.

The drawings around the windows at first blend in like intricately textured wallpaper; upon closer inspection the eye gets lost in repeating swirls and flourishes that are reminiscent of art Brut. It stretches quite a ways down the hallway and must have taken a very long time to complete.

Hats off to the creator for adding another layer of beauty to these slowly rotting walls. 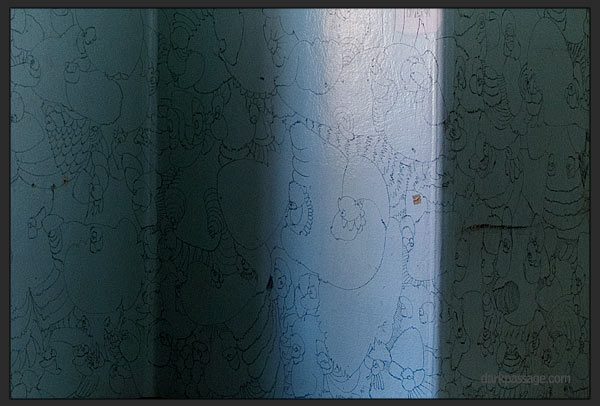 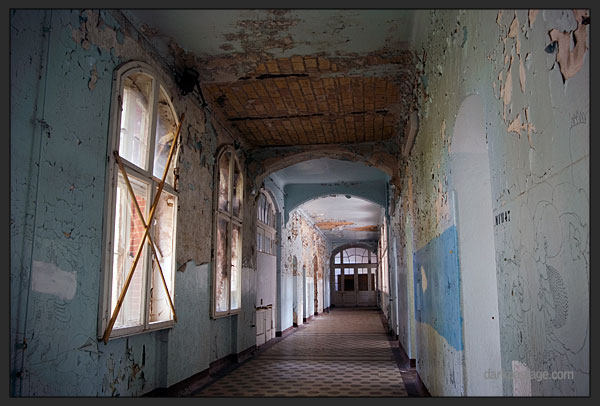