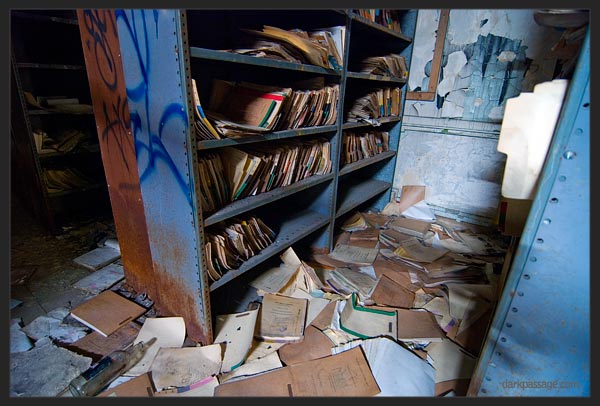 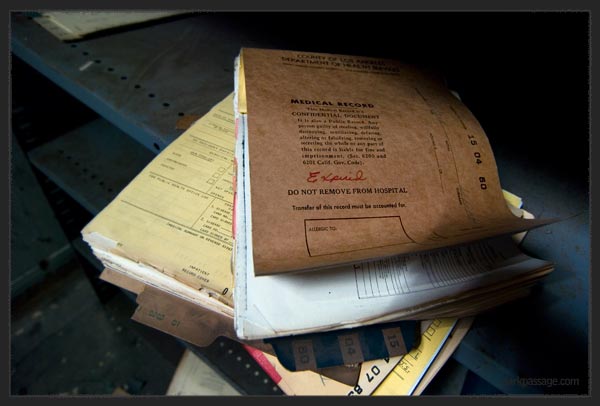 Someone took the warning “Do Not Remove From Hospital” on the patient files a bit too seriously when this place was shuttered. Of course it seems to be a rarity whenever the staff of a closing hospital actually disposes of medical records in a way that keeps them confidential. Usually the echo of the giant “Fuck it” reverberates for years after the doors are slammed shut. Coming across records like this time and again, it was surprising to see what a stir was caused in Scotland last year after explorers announced finding such files in the abandoned Law Hospital. It would be interesting to hear whether the files were ever actually removed once the media attention was gone. It seems to be the sort of thing that few care about unless it happens to a relative.

After writing something on this for Archaeology magazine a few years ago, I mostly stopped taking photos of dumped files. But this recent find seemed unusually depressing – and this topic, in general, is grossly underexposed. Mentally ill patients are stepped on enough all around. No need to trample on their records as well.

Here are two facilities that have been closed for roughly the same time. Above, a file room in a California state hospital. Below, an enormous archive of records in an abandoned asylum in Italy. How different societies treat their dead reflects important aspects of their culture. Perhaps the same thing can be said here. Can you picture what similar rooms might look like in Japan, Sweden, Nigeria? Notice the empty vodka bottle in the California trash heap? That concludes today’s public service announcement. Take care of yourself and those you love. 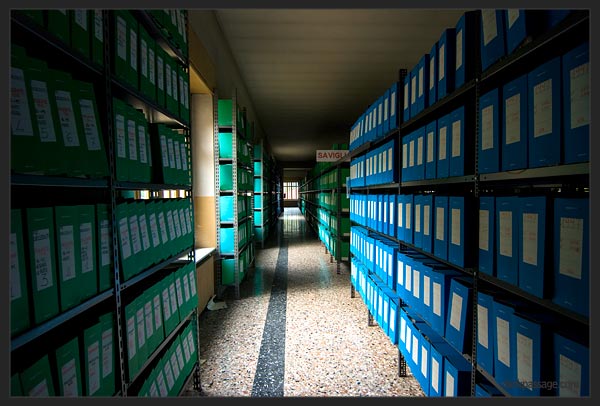 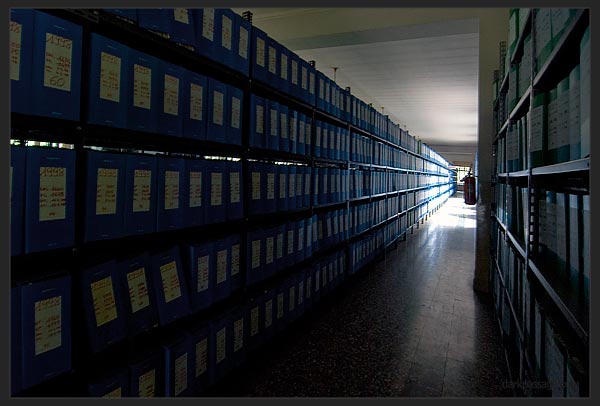 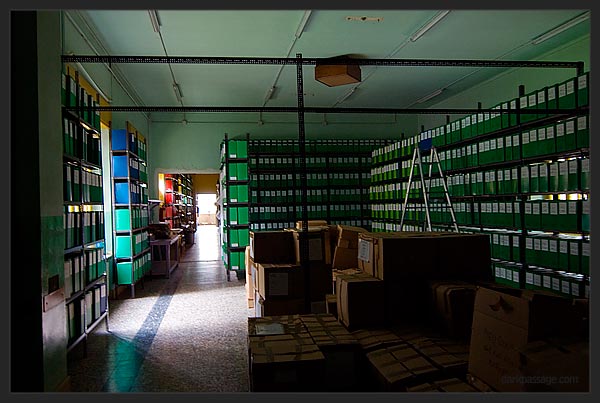